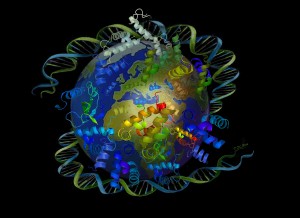 Scientific understanding of endocrine disruption is advancing rapidly. New mechanisms of endocrine disruption, new targets for EDC action and new ways to measure the effects of EDCs, are being reported regularly. Any effective testing protocol must evolve as new scientific discoveries are reported. The guiding principles behind this testing protocol, however, remain constant.

Read more about the thinking behind the guiding principles here.

In all likelihood, the chemist him/herself will not be performing the assays, but instead will be working in partnership with environmental health scientists or with a contract laboratory. Because this is not the chemist’s field, yet their research is dependent upon the test findings, it is important for the chemist to have some ability to gauge the quality and reliability of the work being done. This is especially the case for EDCs because of the complexity of the science. Thus we present:

Principles for the selection and evaluation of EDC assays:

As with the choice and evaluation of specific assays, assessment of laboratory practice in experimental environmental health science is outside the expertise of most chemists. Six important issues should be addressed explicitly in the choice of collaborators/contract laboratories. Thus: